Excerpt from Freeing Energy, Chapter 7: Utilities vs the Future

On April 14, 2020, a shadowy organization called the New England Ratepayers Association (NERA) filed an urgent request with the Federal Energy Regulatory Commission (FERC), the federal department that oversees US electricity. Unlike many other advocacy organizations, NERA does not like a lot of attention, and its lawyers refused to provide much information on their clients or funding sources. But if there was any question about the organization’s motives, the final paragraph of the petition said it all, requesting that “the Commission find unlawful, and therefore reject state net metering laws. …”

NERA was asking FERC to override state net metering laws that require utilities to pay full retail rates for any surplus electricity their customers with rooftop solar send back to the grid. In other words, they wanted to slash the money paid for excess solar to the country’s 2 million rooftop solar owners, crippling the market for future installations.

The response was overwhelming: 450 organizations, 57,000 individuals and 37 states submitted comments opposing NERA’s petition.  On July 16, FERC unanimously dismissed it. But the battle was far from over. The dismissal was largely on procedural grounds and two commissioners indicated a willingness to address the issue of net metering in the future.  The fate of local energy is at the core of dozens of such public battles, oftentimes against opponents who are as well funded as they are opaque. And these are only the influence campaigns we can witness. Many other efforts are taking place far from our view that we will never hear about.

The utility industry and its trade groups were notably silent as NERA made headlines, but they had everything to gain had FERC acted on the petition. Some even wondered if the utility industry was partially or entirely behind the group. If true, this would be just one of a long list of fake grassroots or “astroturf” organizations. A handful of utilities have even been caught funding these fake grassroots organizations which claim to represent a broad set of electricity customers. They are often little more than facades cloaking monopolies’ interests in derailing local energy, clean energy, or other existential threats to their business.

This isn’t a new tactic in the energy industry. When Samuel Insull sought to influence public opinion in favor of his utility model, he did more than just travel the country making public speeches. He and other electric company owners created the playbook used today. They ghostwrote articles for politicians, they secretly funded groups claiming to be grassroots organizations, and they became heavy advertisers in newspapers willing to favorably cover utilities.

Fast forward to today. Organizations like Iowa’s REAL Coalition and Empowering Ohio’s Economy have been called out by local journalists as suspiciously opaque, and those suspicions have been strengthened by the fact that these groups often seem to pop up shortly before major pieces of legislation are considered. But few of these astroturfing advocacy groups rival the audacity of Florida’s Consumers for Smart Solar (CSS). The group was formed only a year before it sponsored an amendment to Florida’s constitution that appeared to guarantee the right to rooftop solar (which Floridians already had) but would have also constitutionally protected utilities’ right to charge extra fees to solar owners. Industry watchdog Energy and Policy Institute, reported that CSS was largely funded by utilities and fossil fuel interests, but that did not stop the group’s cosplay as a local energy advocacy group.

The group’s true motives were embarrassingly revealed when one of its consultants was caught on tape in a private meeting explaining the proposed amendment was “an incredibly savvy maneuver” that “would completely negate anything they (pro-solar interests) would try to do either legislatively or constitutionally down the road.”

The solar industry mounted a counterattack and sued CSS to change the amendment’s intentionally misleading language. The case made it all the way to Florida’s Supreme Court, which declined to force a clarification. In her dissent, Justice Barbara Pariente wrote: “Let the pro-solar energy consumers beware. Masquerading as a pro-solar energy initiative, this proposed constitutional amendment, supported by some of Florida’s major investor-owned electric utility companies, actually seeks to constitutionalize the status quo.” The ballot measure received more than $20 million in support but was ultimately narrowly defeated in the 2016 election.

To be clear, most utilities do not engage in this type of manipulation. A few even understand the inevitability of local energy and are embracing it. But too many see local energy as a fundamental threat to their business. They believe they are in a fight for their lives, and they are playing hardball.

Mice in the elephant cage

When I worked at IBM, one of my favorite bits of company lore was a story told by a retired SVP, Jim McGroddy, called “The mice in the elephant cage.”  Small, fast-moving projects (or startups) were the mice. IBM was the elephant. Even though the mice were tiny, they made the elephant terribly uneasy. The cage had plenty of room for everyone, but whenever mice entered the cage, the elephant would inevitably overreact, jump around, and squish the mice.

This story holds true for many large organizations, and it is particularly true of the electricity business. Local energy (mice) evokes deep apprehension in monopoly electric utilities (elephants). These giant companies have never had to share their cage before. Local energy moves quickly, decentralizes control, and accelerates innovation. It creates truly competitive markets, with thousands and even millions of peer-level participants. All of this is foreign to the utilities and makes them uncomfortable. Yes, there is plenty of room in this metaphorical cage for both utilities and local energy, but losing even a little bit of control of their monopoly causes the utilities to start stomping about. Local energy is not a mortal threat to utilities any more than mice are to elephants. Utilities are going to need a lot of help to learn how to share the cage.

It is not hard to see why utilities battle so fiercely to keep local energy out of their cage: they have one of the best deals in the world of business. Their profits are guaranteed by the government, literally. In most places, their profits are based on their investments in power plants and power lines, not on customer satisfaction or even operational effectiveness. In a large part of the US, utilities have no competition, and their customers have no alternative providers.

A century of monopoly protection has allowed the electric utility industry to become disconnected from normal market forces. For example, utilities have the smallest innovation budgets of any industry, investing less than 0.1% of their sales on research and development.  For comparison, software, pharmaceuticals, and semiconductors all spend 14% or more of their budgets on R&D. At 0.8%, even the paper industry spends eight times more of its budget on research than does the power industry.

In the absence of competition, utilities direct a large part of their budgets toward the only group of people whose decisions actually affect utility profits—regulators and politicians. Utility spending on federal lobbying ranks third among all industries. At $2.6 billion over the last 20 years, only pharmaceuticals and insurance spend more.  And this is just federal lobbying, which organizations must legally disclose. Most laws governing utilities are at the state level. Since few states require lobbying disclosures, it is likely utilities spend much larger sums here. The industry seems to have concluded that lobbying is a cheaper path to utility profits than innovation.

Grid defection and the “death spiral”

In 2014, a paper by Rocky Mountain Institute (RMI) introduced a new term into the industry lexicon, grid defection. “Equipped with a solar-plus-battery system,” the paper explained, “customers can take or leave traditional utility service with what amounts to a ‘utility in a box.’ This represents a fundamentally different challenge for utilities. Whereas other technologies, including solar PV and other distributed resources without storage, net metering, and energy efficiency still require some degree of grid dependence, solar-plus-batteries enable customers to cut the cord to their utility entirely.”

But lost revenue from grid defection is the tip of the iceberg for asset-heavy electric utilities. Their large, fixed costs will amplify these revenue declines into even larger profit losses. I was alerted to the magnitude of this impact during my dinner with Jim Rogers. He pointed me to a 2013 paper circulated by the power industry’s trade group, the Edison Electric Institute (EEI).  It described the damage that competition had wrought on airline and telecommunications industries, both of which had been previously protected by a similar form of regulated monopoly. It warned that distributed generation (local energy) would have a similar impact on the power industry.

The electric utility sector has not previously experienced a viable disruptive threat to its service offering. … However, a combination of technological innovation, public/regulatory policy, and changes in consumer objectives and preferences has resulted in distributed generation and other DER being on a path to becoming a viable alternative to the electric utility model.

The paper, which quietly disappeared from EEI’s website a few years later, laid out a terrifying vicious cycle that the industry later coined the death spiral (Figure 7.1). It starts with a few customers installing solar because it is cheaper than the grid. As customers depart, the remaining customers must pay more to cover the utility’s fixed costs. This causes the retail rate of electricity to rise, which motivates even more people to install solar, and so on. Making matters worse for utilities, the cost of solar+battery is going to keep going down, accelerating the cycle. 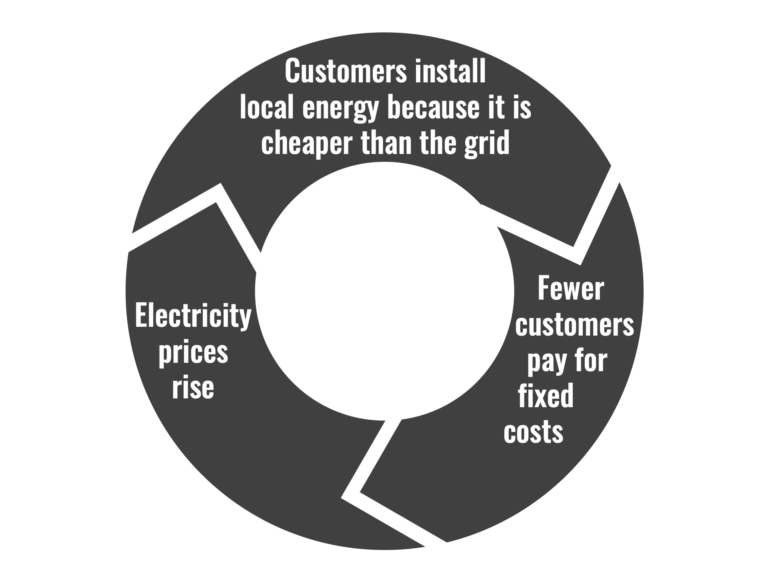 Figure 7.1 A visualization of the electric utilities’ death spiral.

If you would like to read more, you can purchase Freeing Energy: How Innovators Are Using Local-scale Solar and Batteries to Disrupt the Global Energy Industry from the Outside In at Amazon or anywhere else books are sold in paperback, hardcover, Kindle, eBook, and audio book formats.