What are the biggest trends threatening to disrupt the power industry?

I recently moderated a panel at the Energy Leaders Symposium called Disruptions in the Energy Industry. This event was hosted by Georgia Tech’s Center for Distributed Energy, and it’s head, Dr. Deepak Divan. This article builds on my preparation work for that panel.

What is a disruption?

When industries shift and change normally over time, we call it a “transition” or an “evolution.” But when the industry changes very quickly, we call it a “disruption.”

Two things happen when an industry is disrupted. First, the list of leading companies gets reshuffled. This means the pecking order and power structure of an industry get turned upside down. New companies enter and change the old rules. Incumbents are threatened and falter. Second, disruptions create outsized opportunities for investors. As incumbent companies struggle to maintain leadership, new companies grow at accelerated rates to replace them. The faster the change, the bigger the opportunities for smart investors.

Clayton Christensen’s book, The Innovator’s Dilemma, chronicles a classic disruption, the hydraulic cylinder and the excavating industry. For decades, the excavating market was dominated by giant, cable-driven tractors capable of moving ever-increasing volumes of dirt with every scoop. None of the market leaders even noticed when the first hydraulic cylinder was commercialized in 1947. Too weak and too expensive for moving giant buckets of earth, hydraulics found their initial applications in smaller backhoe tractors. Almost overnight, digging ditches shifted from a manual, day-long process to something that could be done in an hour with a backhoe. The market took off. Every year, hydraulic backhoes got cheaper and stronger. By the 1960’s, hydraulics became powerful enough to move massive volumes of dirt with each scoop. In less than a decade, hydraulics had thoroughly reshaped the excavator industry with only four of the 30 or so incumbent competitors still in the business. The segment was completely disrupted.

For the power industry, the incumbents are the utilities, equipment providers, and the ecosystems around them. If the industry is indeed disrupted, these firms will need to reinvent themselves or risk becoming obsolete. While it’s hard to predict which new entrants will be successful in a disruption, it’s a good bet that clean energy providers and digital technology firms will be among the disruptors. These new entrants will take huge risks because they have little to lose and everything to gain. They will embrace new technology and use it to shift the rules of the industry to their benefit.

What sparks disruptions? Isn’t it all about technology breakthroughs?

Most people think that disruptions are about technology. This is only partially true.

A quick look at the history of the power industry illustrates this as well. Edison didn’t invent  the first light bulb. He just made a better one. He didn’t invent wires or sockets or even power meters. His real disruption was assembling all these technologies into an affordable, easily-scalable solution that included grids and monthly “light bills” (see How Edison, Tesla, and other visionaries invented the modern grid).

What are the technologies threatening to disrupt the power industry?

During our panel at the CDE event, we looked at a small slice of the technologies that will contribute to the coming disruption in the power industry. Dr. Rhett Mayor of DHX told us about his company’s electric motor/generator. This breakthrough device is literally ten times smaller with ten times fewer materials. The implications for wind power, micro-hydro, small natural gas plants and, of course, electric vehicles are staggering. Frank Kreikebaum’s company, Smart Wires, is making the grid smarter and more controllable at a cost and ease that was previously impossible. And, Dr. Deepak Divan, the host of the event, shared many of the projects he and his team of 35 are developing in the CDE Lab.

The forces of disruption stacked up against the power industry are increasing every year. New technologies, new financing, and new business models have remained largely sidelined because the industry is a regulated monopoly. The lack of competition removes the single largest incentive for incumbents to take risks and make large changes. While some regulators have pushed utilities towards disruptive futures, most are content to let others take the first mover risks.  The next big question I will dive into is whether it’s even possible to disrupt an industry run as a regulated monopoly. Hint: the answer is yes and it’s already happening all around us – you just need to know where to look. 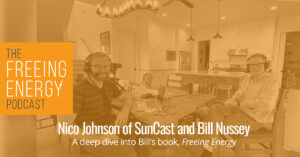 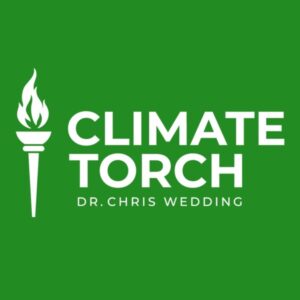