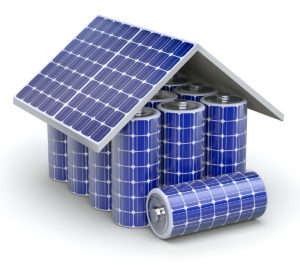 How is that the cost of solar can now be cheaper than coal or nuclear but somehow our electric bills aren’t going down? Even with the cost of wind and natural gas going down as well, don’t hold your breath for your utility to lower its prices any time soon. While a few parts of the US have seen electricity prices go down, most electric customers can expect prices to increase in the coming years. Utilities are complex businesses and they are straddled with billions of dollars in legacy costs that overshadow many of the more immediate cost savings opportunities.

Fortunately, for homeowners and businesses that want to lower their electric bills, a new option is emerging. Local generation, or as I like to call it, local energy, is quickly becoming less expensive than buying electricity from the grid. 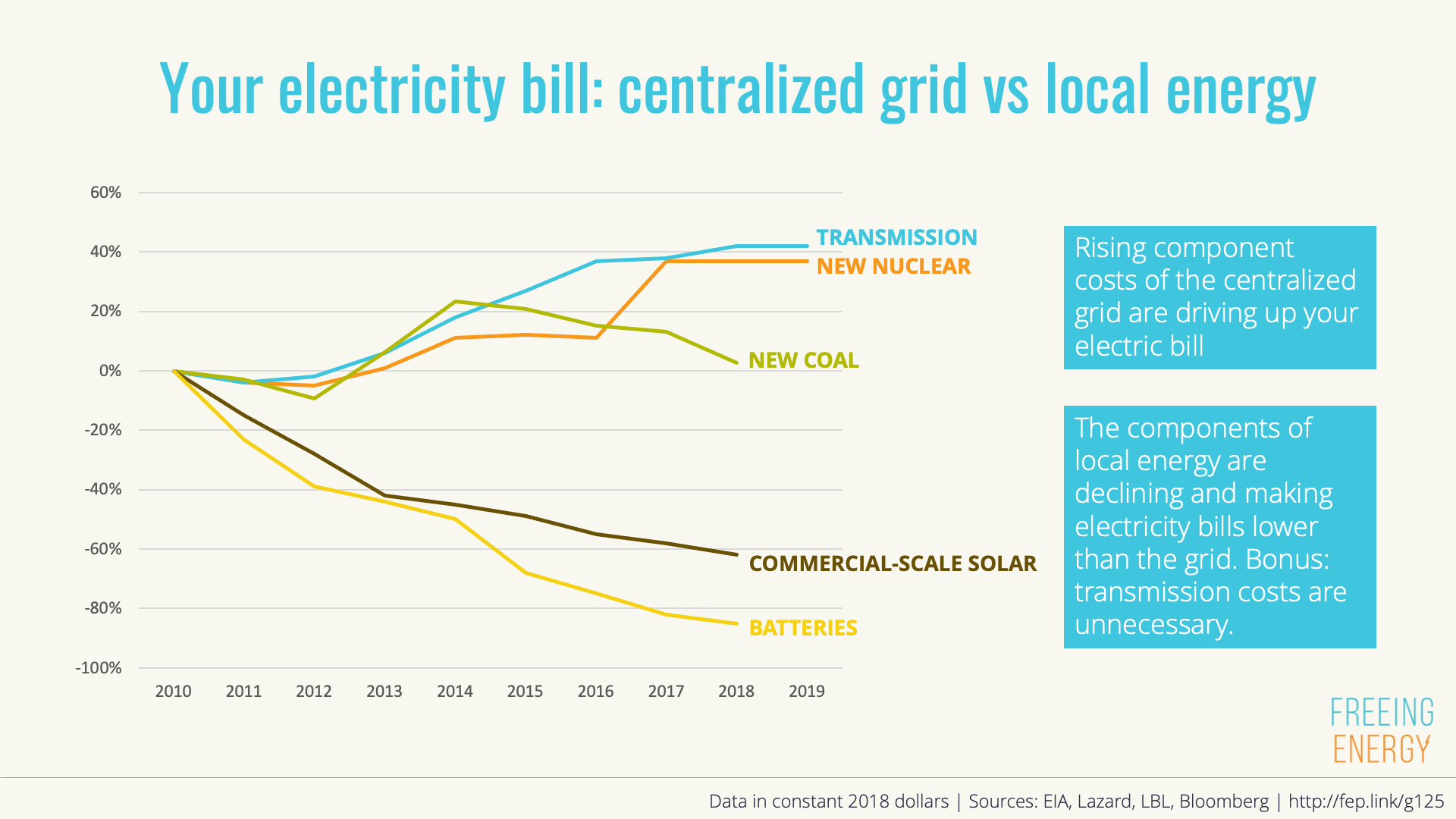 How can this be? Over the last decade, the costs of building and operating many parts of the traditional, centralized grid are rising. Transmission has driven the largest cost increases in recent years and that trend will continue. Similarly, new nuclear plants are incredibly expensive and recent projects like Georgia Power’s Plant Vogtle have experienced massive delays and cost overruns. However, over the same decade, the technologies behind local energy — rooftop solar and batteries —  have been rapidly declining (see Why does the cost of renewable energy continue to get cheaper?).

Giant solar and wind farms are also seeing substantial cost declines but the cost savings are somewhat mitigated by the rising cost of the transmission powerlines required to deliver their electricity to homes and communities.

The fathers of the grid, Edison, Tesla, Westinghouse, and Insull laid the foundations of our modern, electrified world based on one simple and overwhelming assumption — bigger is better (and cheaper). Their audacious vision and technical wizardry drove economies of scale that had never been seen before. For over 100 years, ever-larger power plants and ever-longer power lines have pushed down the cost of electricity to a point where it is affordable to nearly everyone.

But then bigger-is-cheaper hit the wall. Larger plants became too complex to build and extended construction delays and budget overruns became common. In 2003 new plant sizes peaked at an average of 493 MW (Peter Fox-Penner 2010). Fortunately, the technology revolution that gave birth to computers, mobile phones, and the internet has come to the rescue and is now reshaping the economics and business models of the power industry. The humble solar cell, 5 or 6 inches on a side and thinner than a credit card, can be manufactured by the billions, driving down costs through economies of volume. Hundreds can be used to power a home. Millions can power a city.  Paired with batteries, which are following similar economies of volume, local solar and storage are already cleaner and more resilient than the traditional grid. And, before long, they will offer the cheapest solution as well.