Most Americans give little thought to their electricity. Even though we spend between 3% and 7% of our income on power bills, we only engage with our power companies 10 minutes a year.

So, let’s start with your electric bill and follow it back to the companies that power your lightbulbs.

It could be argued that the power industry business model was born from three pieces of federal legislation passed during the height of the Great Depression.

Together, these laws helped lock in the most unique element of the power industry’s business model: electricity as a government granted monopoly.

In nearly every region in the U.S., as well as most places in the world, the right to sell electricity is granted to a single company per region. While most states have a carve-out for self-generation, it is categorically illegal for one person or company to sell electricity to another. To put it simply, each utility gets its own monopoly and faces little to no competition in its region.

What exactly is a utility?

Depending on where you live, you will pay your electric bill to one of three types of utilities.

Investor-owned utilities (IOU’s) are the 800-pound gorillas of the industry. The 150 or so IOUs sell about 70% of US electricity. They are most often large publicly traded corporations that include household names like NextEra, Duke Energy and Consolidated Edison (ConEd). Like all publicly traded corporations, they are owned by a wide group of shareholders who direct the management teams to increased profits, (hopefully) raise stock prices and issue dividends. The business models of IOUs is similar to most asset-heavy industries like oil & gas, airlines, and real estate.

Public utilities, also called municipal utilities or munis, are smaller utilities owned by towns, counties, or cities. Together, they serve about 15% of the US. The business models here are unique among utilities because the economics are intertwined with the municipality itself. In many cases, the muni is run with the same goals and limitations as the school district or the police force.

Electric membership corporations, also called EMCs and co-ops, were created to bring electricity to the rural parts of the US. Together, 900 EMCs serve about 13% of the US population but cover almost three-quarters of country’s landmass. These utilities are cooperatively owned by their customers (members) and are most often run as non-profits. Most co-ops buy their electricity from large power wholesalers so their business models center around maintaining powerlines, billing, and customer service. Notably, the contracts co-ops sign to purchase wholesale electricity usually cap their generation to 5%. This means that many co-ops are contractually prevented from building their own large-scale solar or wind power plants.

What keeps the power industry from abusing its monopoly power?

Without competition, monopolies have a bad habit of raising prices and undeserving customers.
The power industry largely avoids this through regulation. While FERC provides some federal oversight, nearly all electricity regulation rests with the states. An optimist might say that a variety of regulations across fifty different states is a real-world laboratory for regulatory innovation. A cynic might say that the power industry is a rat’s nest of inconsistent policies and tariffs. I think both perspectives are correct.

Each state has some form of regulatory body overseeing its power industry. In 12 states, these bodies are elected. The remaining states appoint them. These bodies are commonly called public utility commission (PUC) or public services commission (PSC).

Every two or three years, the regulators meet with the utilities to negotiate an integrated resource plan (IRP). This highly detailed plan dictates nearly every facet of the investor-owned utilities business models in the regulator’s state (co-ops and munis are usually outside the state’s regulation). The IRP determines the prices (called tariffs) that customers have to pay. Every new plant investment, every upgrade, and every retirement is negotiated and locked in until the next IRP cycle. The process is slow and often political and is one of the main reasons innovation in the power industry moves at a glacial pace.

How does the utility business model work?

U.S. utilities sold $386 billion of electricity in 2016. For the most part, their expenses are similar to other industries. Utilities spend about 36% on production, 6% on distribution, 11% on depreciation, and 12% on taxes.

But, compared to other industries, there are two expenses that reflect the unique nature of a business model built on a government granted monopoly. First, the U.S. power industry invests less in research and development than any other industry except pulp and paper – somewhere between one-tenth and one-half a percent of revenue. With no competition, the pressure to invest in innovation is greatly reduced. For comparison, the computer industry spends 23% of its revenue on R&D and the automobile industry spends 15.5%. Second, the power industry is the third highest spender on political lobbying. Only two other industries spend more, pharma and insurance. This data reflects federal lobbying only. State-level lobbying data is not easily available but it may well be larger since power companies are largely regulated by states.

When profits are determined largely by legislation and regulation, the only way to improve them is to curry the favor of legislators and regulators. Government granted monopolies create very odd business models, indeed.

Can the century-old business model of electricity be reinvented for the needs of a 21st-century grid? 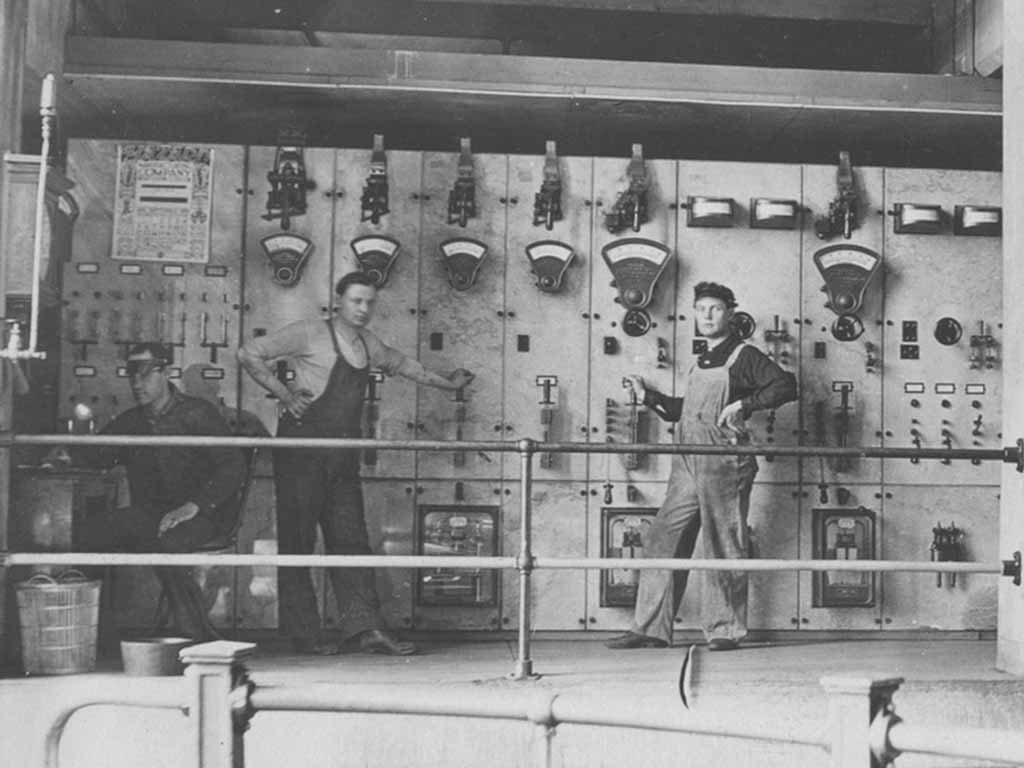 Four tectonic shifts threaten to upend utilities, the grid, and their 20th-century business model.
These are what I call the “Four-D’s”: de-carbonization, distributed generation, dropping demand, and defending vulnerabilities.

Most of our modern conveniences are powered by electricity. We depend on utilities and the grid more than any of us wants to admit.The power industry is quite literally too big (and too important) to fail. So, if we want to drive positive change without risking a system we can’t live without, we have no choice but to follow the money and understand the inner workings of this century-old industry.