Four takeaways from the Microgrid 2017 conference 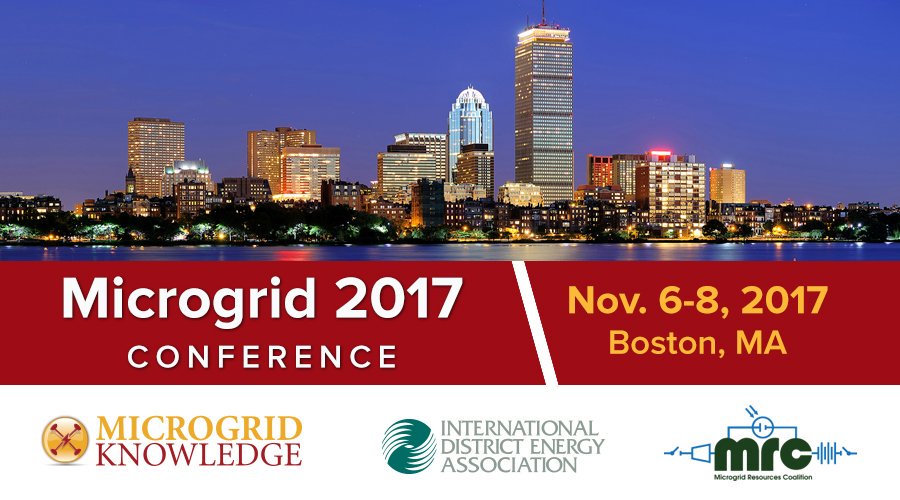 Microgrid 2017 is a 3-day, deep dive trade conference attended by equipment companies, operators, universities, government officials, researchers, financiers, regulators and just about anyone else thinking about the cutting edge of the power industry. Up from last year’s attendance of 150 people, this year’s event was sold out at 460 people. While the attendance is still small, the vibe of the conference reminded me of the early internet trade shows in the 1990’s – most of us felt we were at the beginning of something very big. 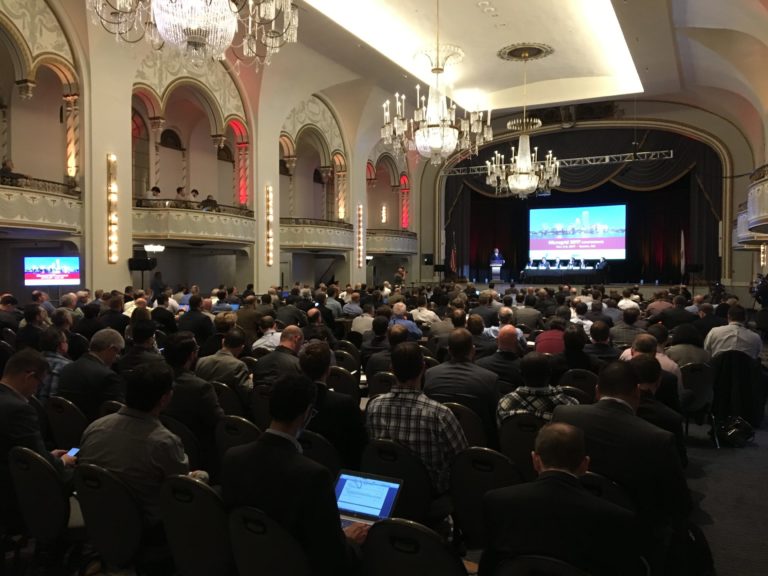 The microgrid industry is still in its infancy,  but it’s already a $12 billion market that is projected to reach $23 billion in 2021 (some analysts put these numbers much higher).

Here are four big takeaways from the conference:

Microgrid 17 kicked off almost exactly five years after Superstorm Sandy left half a million people in the Northeast without electricity for more than a week. And the conference fell just two months after hurricanes Irma, Harvey and Maria ripped through the continental US, Puerto Rico, and the Caribbean islands. With millions still without power, the need for what the industry calls “resiliency” has never been clearer. One speaker quoted a customer right after Superstorm Sandy, “once you’ve gone without power for a week or two, your perspective on the value of resiliency changes entirely.”

If you need to keep the motors turning and the lights running, microgrids are like backup generators on steroids. They are designed to run for weeks and months, not hours and days. Most microgrids avoid running out of diesel fuel altogether because they are powered by continuous energy supplies like natural gas (via underground pipelines), or more recently, solar, wind and batteries.

2 — Modern microgrids are all unique; each is built one at a time

Soam Goel of Anbaric got a few chuckles from the audience when he said:

Microgrids are an early stage, handcrafted industry. There are virtually no standards. Components are rarely interchangeable between vendors. Each project requires unique engineering and design. And, most challenging of all, every project requires a collaboration and consensus across a very disperse set of people: engineers, regulators, bankers, project managers, and vendors (many speakers commented, “if we could all just work together better…”).

Fortunately, as the industry grows from hundreds to thousands of installed microgrids, standard designs and higher volume components will start to emerge. Prices will drop. Repeatable processes will be invented. Regulations will get standardized. Installations will get faster. Maintenance requirements will be simpler. As all this comes together, it’ll be like rocket fuel for the industry.

What do college campuses, large clusters of buildings and factories all have in common and why do so many have microgrids? The answer: all these facilities have large heating systems, usually powered by natural gas. Campuses and other building clusters often use centralized heating to simplify designs and save money. Factories use heat for any number of manufacturing processes. It turns out that all these systems throw off waste heat which can be captured and used to crank turbines to create electricity – practically for free. The industry calls this one-two-punch “combined heating and power” or CHP for short. These systems can take a traditional heating system from 30-40% efficiency all the way up to 80-90%. With a few additional circuits and controllers, CHP systems can easily become microgrids that will not only provide heat and cheap electricity throughout the day but can continue operating when the grid is down.

The conference was full of case studies but my favorite came from Chilkoot Ward, the director of utilities at the University of Alaska at Fairbanks. This remote campus houses almost 10,000 people and covers over 3 million square feet of indoor space. The outdoor temperatures range from 40 below to over 100 degrees. The energy requirements are immense. Amazingly, the entire campus is a microgrid and can run totally off-grid when needed.

Generally speaking, microgrids can run for much longer than traditional backup generators. Chilkoot told us that he put that to the test a few years ago when the head of the school and the head of the local power utility got into a “disagreement.” To make his point, the head of the university told Chilkoot to disconnect them from the grid and stop using their power. The dispute drug on and on and the University of Alaska ran as a fully independent microgrid for…. hold your breath… THREE YEARS.

Try doing that with a backup generator.

Microgrids are creating the roadmap for the future of energy

Anne Pramaggiore, the CEO of Commonwealth Edison, delivered the conference keynote speech. ComEd is the $15 billion dollar power utility serving 3.8 million people in Chicago and the surrounding areas. Anne did a remarkable job and her speech was full of quote-worthy comments. She said that companies like Uber, AirBnB, and Facebook were built on one of the most powerful strategic drivers of our time – the “platform business model.” She said that “We are transitioning from utilities as pipelines to utilities as platforms.” She asked the question, “How do we experiment [and innovate] without putting our most crucial systems at risk?” And, of course, her answer was microgrids. Anne said it perfectly:

“Microgrids are the laboratories for the future of energy. ”
— Anne Pramaggiore