Making ethanol from corn is the least efficient use of farmland

American farmland may be the next frontier in renewable energy. Not only does leasing land for solar energy production generate far more energy, but it might also be the key to saving thousands of small family-run farms.

The silent struggles of family farms in America

Many agricultural markets in the US are being artificially propped up by government subsidies and federal laws. In particular, the market for corn, the largest agricultural crop in the United States, is backed by a long history of subsidies and federal laws, including laws that require nearly all US gasoline to contain 10% ethanol, nearly all of which comes from corn.

Every year, US farmers plant around 140,000 square miles of corn, 30% of which is used to produce ethanol. Between 1978 and 2018, the ethanol industry received a variety of subsidies totaling $86 billion dollars, more than both the solar and wind industry combined. Despite all this government support, ethanol is often a money losing proposition for farmers. It is also one of the least efficient ways to generate energy. So, what if American corn farmers replaced their fields with solar farms?

An acre of solar produces far more energy than corn

Each year, one acre of corn produces 551 gallons of ethanol, which is the equivalent of 386 gallons of gas. Using the average miles per gallon of a US automobile, this equates to 9,691 miles driven per acre of corn per year.

Unlike ethanol, an acre of solar can power anything attached to the grid. The same Iowa acre, for instance, could also be used to provide 18 average US homes with electricity for the year.

The financial utility of replacing corn with solar also promises huge gains for farmers. For example, it is not uncommon for a farmer to make two to three times more money per acre leasing to solar rather than planting corn. Solar also guarantees a steady stream of revenue, unlike corn which stands the risk of crop failure and price volatility.

Moreover, solar panels can successfully coexist with corn crops using a practice known as “agrivoltaics.” This technique has been found to increase corn yield per square meter and to generate nearly five times the amount of revenue of a traditional corn field.

Independent farming is an increasingly difficult way to earn a living. In 2017, small farms, defined as those bringing in under $350,000 a year prior to expenses, made up less than a quarter of total US agricultural production. This is down from nearly 50% in the early 1990s.

Why are small farms failing at such tragic rates? One reason is the uncertainty of the price for corn. In 2018, the harvest price for corn was 7% below the projected price per bushel, and this decline is not out of the ordinary. From 1972 to 2017, 49% of the years saw declines greater than 7%. For small farms, where profit margins are razor thin, these price shocks can be the difference between making ends meet and bankruptcy.

When farmers lease their land for solar energy production they do not have to worry about renegotiating a land lease or finding a new tenant every couple of years. In addition, the value of the land is not jeopardized by changes in global agricultural markets, policy, or extreme weather. For the farmer, the land can become a self-sustaining, highly predictable source of income for decades.

Another reason small farms are struggling is weather. For instance, in the spring of 2019, heavy precipitation flooded croplands throughout much of the Midwest forcing many farmers to leave their fields empty. According to the US Department of Agriculture, only 58% of the corn that could be planted that year made it into the ground. This amounted to massive losses for corn farmers, many of whom have no other source of revenue.

Between 2011 and 2017, there were 84 extreme weather events in the US which caused $675 billion in damage total. If recent upticks in extreme weather persist, some researchers estimate that corn yields could decline as much as 15% to 30% in the coming years. This is where solar comes in.

Unlike farming, solar energy production does not depend on mild weather or a predictable local climate. Even on rainy or foggy days, solar panels will produce at about 10% to 30% of their capacity. Therefore, over the course of several months, an acre of solar will generate far more energy and income for small farmers than corn ever could.

So why wait? Solar leasing promises huge financial gains to farmers who would otherwise be at the mercy of volatile agricultural markets. And agrivoltaic practices allow farmers to increase total yield and net revenue by interspersing their crops with solar panels. What’s more, solar power production is far more energy-efficient than corn-based ethanol production, making it a great choice for the farmer, consumer, and environment as well. 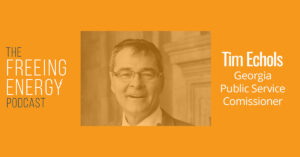 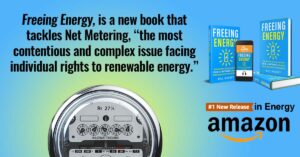