How much coal does it take to power a 100 watt lightbulb for a year? 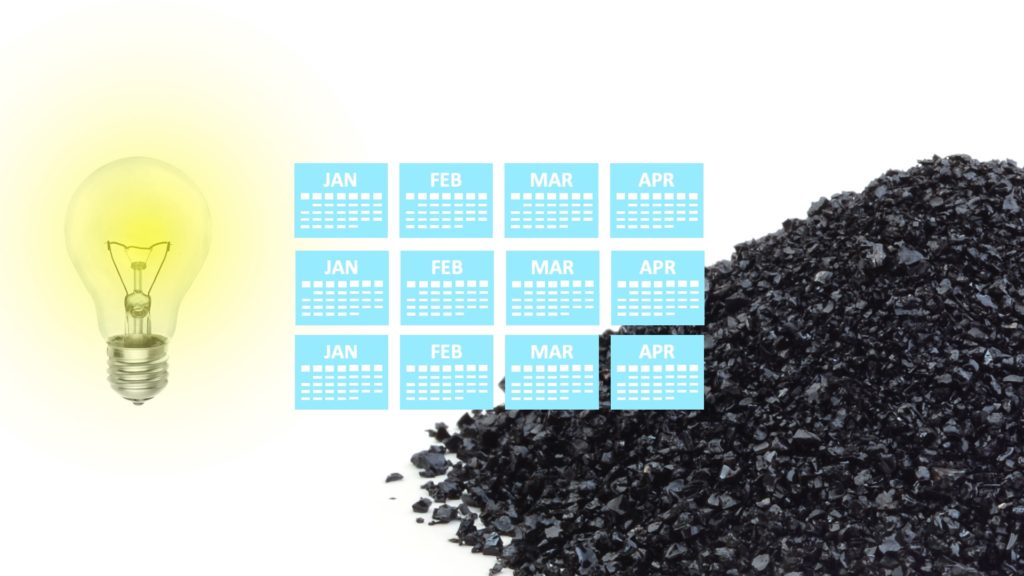 It takes 800 pounds of coal to generate the electricity for a 100-watt lightbulb for a year.

In terms of size, 800 pounds of coal would fill a hot tub. But if you take it all the way back to its origins, more than 300 million years earlier (check out our upcoming article on the origins of coal), the original dead plants would need to have been up 10-times that size, or 8,000 pounds (4 tons).  Just to make it fun, assuming the plants back then were anything like what we have today, four tons would be 12 or so 20-foot trees, each with a lifespan of a century.

If you really break it down, your year-long 100-watt lightbulb is actually powered by sunlight – captured by a dozen trees over the course of a century, and then stored for 300 million years. In modern technology terms, coal is really just like a disposable battery, created by mother nature back before there were dinosaurs.

Diving into the math of lightbulbs

For those of you who like to see the math, it’s laid out below.

Since 1 million BTUs is the same as 293 kilowatt hours (kWh), a ton of coal can generate 2,168 kWh of electricity.

This means we need 0.40 tons or 800 pounds of coal to power our lightbulb for a year 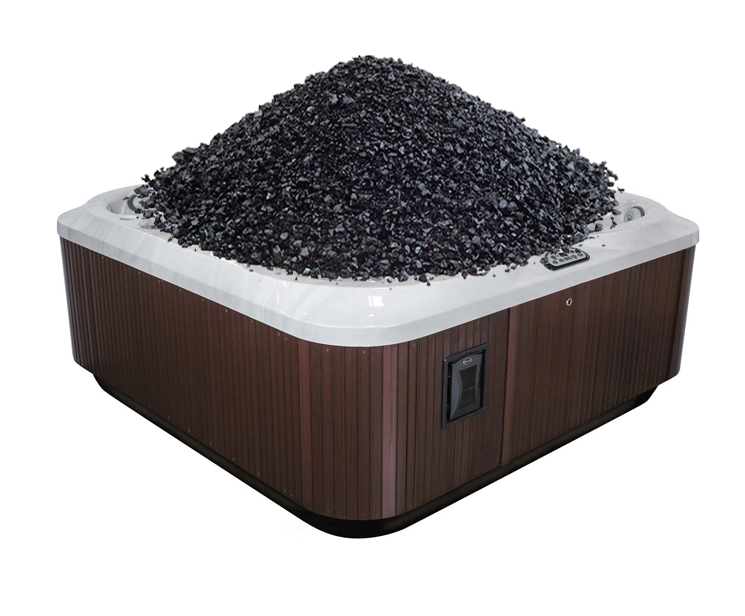