The positive feedback loop of lockdowns and solar power. India’s swift reaction to the COVID-19 pandemic has allowed researchers to better understand the affects of air pollution on solar panel performance. The nation’s strict lockdown rules, enacted in March, led to a dramatic reduction in air pollution in Delhi according to Germany’s Helmholtz-Institut Erlangen-Nürnberg for Renewable Energies. This reduction correlates to a noticeable increase in measured solar irradiation and solar panel output, demonstrating a compounding benefit of shifting away from fossil fuels; moving towards clean energy leads to cleaner skies, and cleaner skies lead to more efficient clean energy. (PV Magazine)

What if consumers could just buy batteries and plug them in? U.S. startup Orison is attempting to bring a fresh approach to the fast-growing world of energy storage by developing a consumer-friendly home battery that plugs directly into the wall. The system includes a monitor that coordinates with utilities and rooftop panels to optimize charging and discharging, and though the technology isn’t quite as powerful as that of Tesla’s Powerwall, the affordability and ease of use could drastically reduce the barrier to entry for in-home storage. Orison’s system is set to be installed in thousands of Australian homes soon, with a commercial U.S. launch expected later this year. (Greentech Media)

A solar-powered McDonald’s just opened at Disney World. Innovation is what allowed McDonald’s to grow into the world’s largest fast food chain, and it seems that innovation will carry them to a successful and sustainable future. The company recently unveiled an 8,000 square foot restaurant that was built floor to ceiling with sustainability in mind. Over 1,000 solar panels line the roof and the windows contain photovoltaic glass, allowing the building to be powered 100% by solar energy. The restaurant also includes elements to reduce the Florida heat, such as a solar canopy over its outdoor seating and windows that naturally cool the building. (Business Insider) 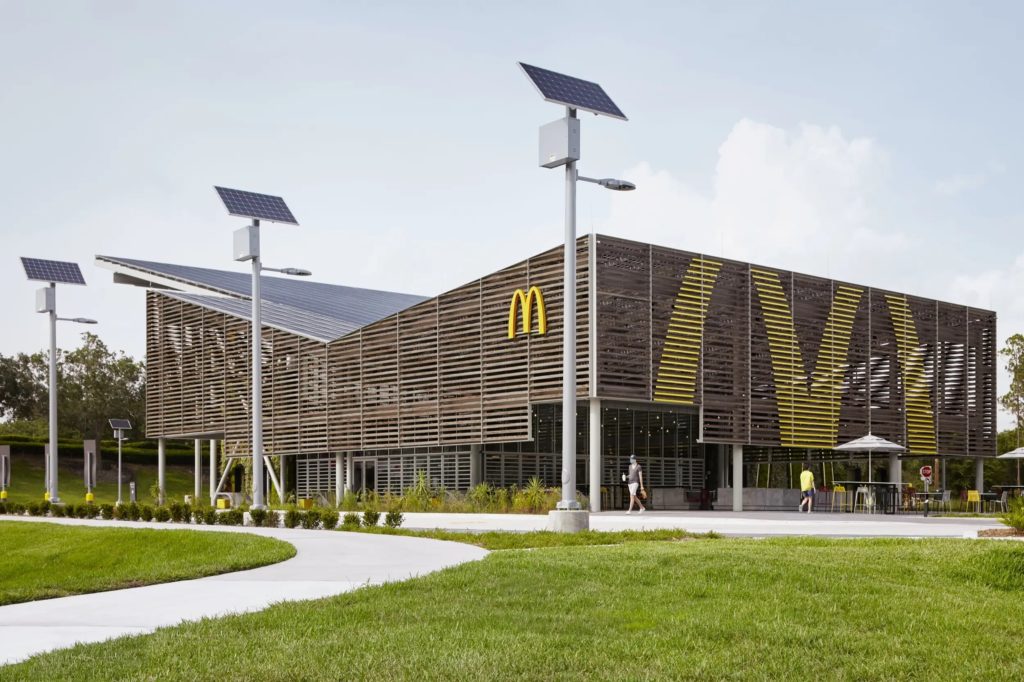 U.S. solar just had its best Q1 in history. Data from S&P Global Market Intelligence and the Solar Energy Industries Association indicates that the first quarter of 2020 shattered the record for first-quarter solar installations. The first three months of 2020 saw 1.96 GW of new utility-scale solar, up more than 65% from last year. Despite slowdown from the pandemic, long-term predictions show that solar is expected to continue its rapid growth throughout the U.S. in the next few years. (PV Magazine)

Sunrun announces acquisition of Vivint Solar. Two of America’s largest residential solar providers, Surun and Vivint Solar, announced a merger last month, creating an alliance with a combined customer base of around 500,000 and total generation capacity of 3 GW. Sunrun hopes that their combined platform can help meet the growing demand for solar in the United States, where “nearly 9 out of 10 people favor expanding the use of solar power” but only a paltry 3% of all homes actually utilize it. (Sunrun)

Clean energy by the numbers

Building a residential rooftop solar project is cheaper than grid electricity: Residential and other small scale solar projects have historically been expensive. But data from the US Energy Information Administration (EIA) and the National Renewable Energy Laboratory (NREL) shows that self-generation is now cheaper than buying electricity from the grid! Best of all, the cost of locally generated residential and commercial electricity is predicted to continue declining until it is one-quarter the cost of grid-based electricity! 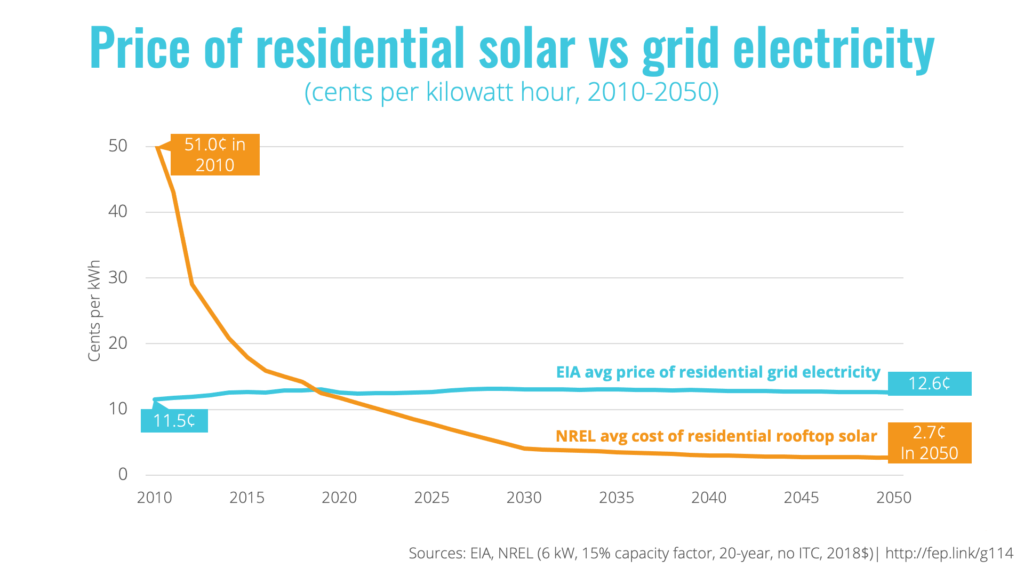 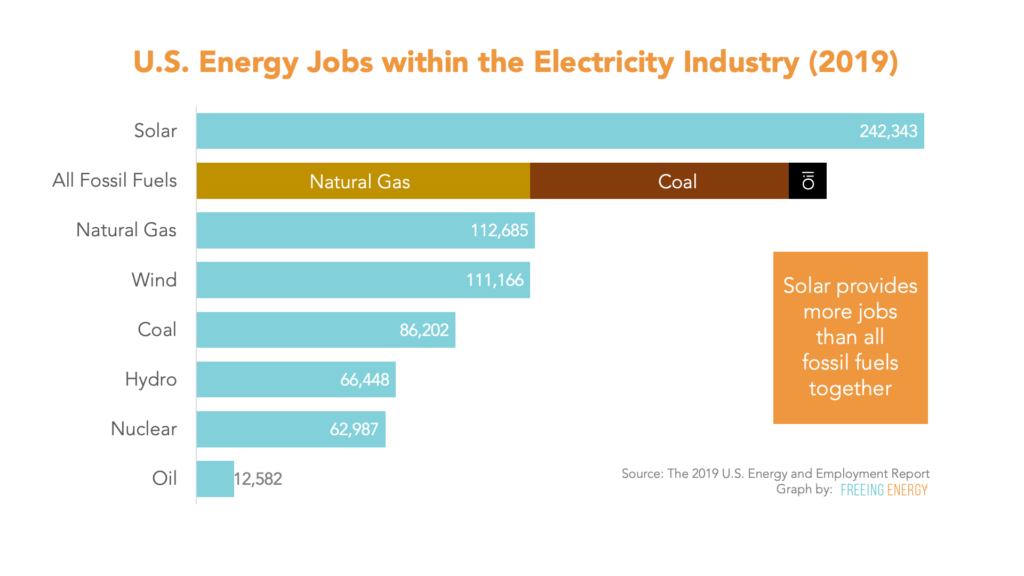