Hello to all of our friends and supporters!

This month’s letter is about the most pressing and tragic energy story in decades: the Russian invasion of Ukraine and the long term implications for fossil fuels, nuclear power, and renewables. You can read it here.

Founder and CEO of Freeing Energy

P.S. I am excited that we are releasing the Japanese version of Freeing Energy this month. You can read more about it at the end of this post.

US added 5.4GW of small-scale PV last year. Solar contractors built 5.4 GW of small-scale (less than 1 MW) PV installations across the US in 2021, a more than 1 GW increase over 2020. Some northern states added as much small-scale PV per capita as the top states in the Southwest, utilizing the solar irradiance in the northern United States that’s about 70% as high as states in the desert Southwest. Colorado added the most capacity per capita at 45 watts, followed by Arizona, California, Maine, Rhode Island, Vermont, and Nevada, each adding about 40 watts per capita. (PV Magazine)

The attempt to stifle Florida’s booming solar industry is an attack on consumers. Rooftop solar creates $18.3 billion in economic impact for Florida each year, a recent study by Conservatives for Clean Energy finds. Yet the Florida Legislature is considering two bills this session, SB1024 and HB741, which propose changes to the state’s net metering policy. If passed, these bills would wipe out Florida’s thriving residential and commercial solar industry and result in the loss of many solar businesses, thousands of jobs, millions of dollars in projects, and multiple millions of dollars in energy savings. (Tampa Bay Times)

Pulling fertilizer out of thin air with PV. Nitricity is using off-grid solar electricity to extract nitrogen from the air to produce a competitively priced and environmentally friendly nitrogen fertilizer. Their product will enable farmers to save money by avoiding the inefficient distribution process associated with fossil-sourced nitrogen fertilizers, which can increase a farmer’s fertilizer cost by as much as 2 to 5 times the factory cost. Nitricity hopes that, with the help of off-grid solar, their product will contribute to the decarbonization and decentralization of fertilizer manufacturing. (PV Magazine)

Corn-Based Ethanol May Be Worse Than Gasoline. In 2005, in an effort to reduce US dependence on foreign oil, Congress passed the Renewable Fuel Standard (RFS) requiring that gasoline providers add renewable fuel to the nation’s transportation fuel supply, effectively establishing the world’s biggest biofuels program. But a new study finds that corn-based ethanol may actually be worse for the climate than fossil-based gasoline, and has more environmental downsides. The study, from researchers at the University of Wisconsin, found that following the RFS, farmers expanded corn production on approximately 7 million acres each year, causing the carbon intensity of corn ethanol to be at least 24% higher than gasoline. (Inside Climate News) (Check out the Freeing Energy 2021 article: Making Ethanol From Corn Is The Least Efficient Use Of Farmland)

Bipartisan senators to rebuke Biden on solar tariffs. Democratic Senator Jacky Rosen (Nevada) and Republican Senator Jerry Moran (Kansas) are introducing a bill to repeal President Biden’s rules around imported solar and create a DOE program to strengthen domestic production and manufacturing. The rules were intended to protect domestic solar manufacturers, which comprise 14% of employment in the industry, but many domestic manufacturers claim their products are not yet ready to compete with the foreign ones dominating the market. Senator Rosen and Moran’s bill highlights the need to balance prioritizing domestic manufacturing with the need to import critical materials in the short term to achieve our clean energy goals. (Axios)

A refresher course on capitalism for the Wall Street Journal. This article is a response piece by Bill Nussey, author of Freeing Energy, to an opinion article published by the Wall Street Journal’s editorial board titled, “California’s Solar-Power Welfare State,” which weighs in on the debates around cost-shifting and net metering. The WSJ article argues that because solar customers purchase fewer kilowatt-hours, they contribute less towards the fixed cost of maintaining the grid, and those fixed costs are shifted on to everyone else, including low-income groups. In his response, Bill highlights that cost-shifting is an inherent part of any industry sharing assets across consumers. What makes cost-shifts around rooftop solar so divisive is that it’s shifting control of the electricity industry from utilities to their customers. (LinkedIn)

Podcast 079: Erwin Spolders: Learn How Renting Solar Power In A Box Is Revolutionizing Energy Access For Businesses Across Africa.

Host Bill Nussey talks with Erwin Spolders, CEO and Founder of Redavia Solar Power. Redavia, based in Germany, Kenya, and Ghana, provides pre-configured,  containerized solar power generation systems to small and medium sized businesses across Africa. Learn how this company’s innovations are leading to these cost-effective solutions and proving to be easy to ship, set-up, scale, and redeploy as needed for minimal upfront investment, all using time-tested rental contracts. Plus, learn how crowdsource funding is energizing Redavia’s future. (Listen Here)

Podcast 078: Danny Kennedy – An Inside Look At The Amazing California Clean Tech Ecosystem That’s Reshaping How Startups Are Built.

Clean tech entrepreneurs, listen up! Host Bill Nussey talks with Danny Kennedy, a founder and CEO of New Energy Nexus. Kennedy shares his journey from activist to entrepreneur, and how his firm is using a dramatically different theory of change and a massively broad engagement model to pave a significantly faster on-ramp for climate tech startups in California and around the world. Plus, hear from the executives of two startups, Mark Anderson of Icarus RT and Zander Mrlik of Intertie, whose companies have benefited from New Energy Nexus and one of its partnership programs, CalSeed. (Listen Here)

The translation is the result of a multi-month collaboration between Author Bill Nussey and a team led by Japanese energy leader and visionary, Tetsunari (Tetsu) Iida. This was a substantial effort that included translating the entire 100,000 word English manuscript, all footnotes, and several dozens graphs and tables. Iida-san led a group of translators, students, and designers through every part of the book and worked with Bill Nussey’s production team to make the book available for sale on Amazon Japan’s website.

For more information on the book… 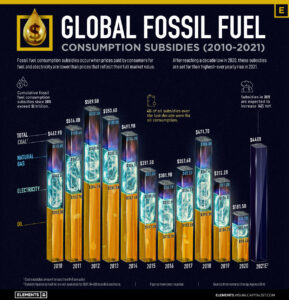