Will waste from retiring solar panels overrun our landfills? 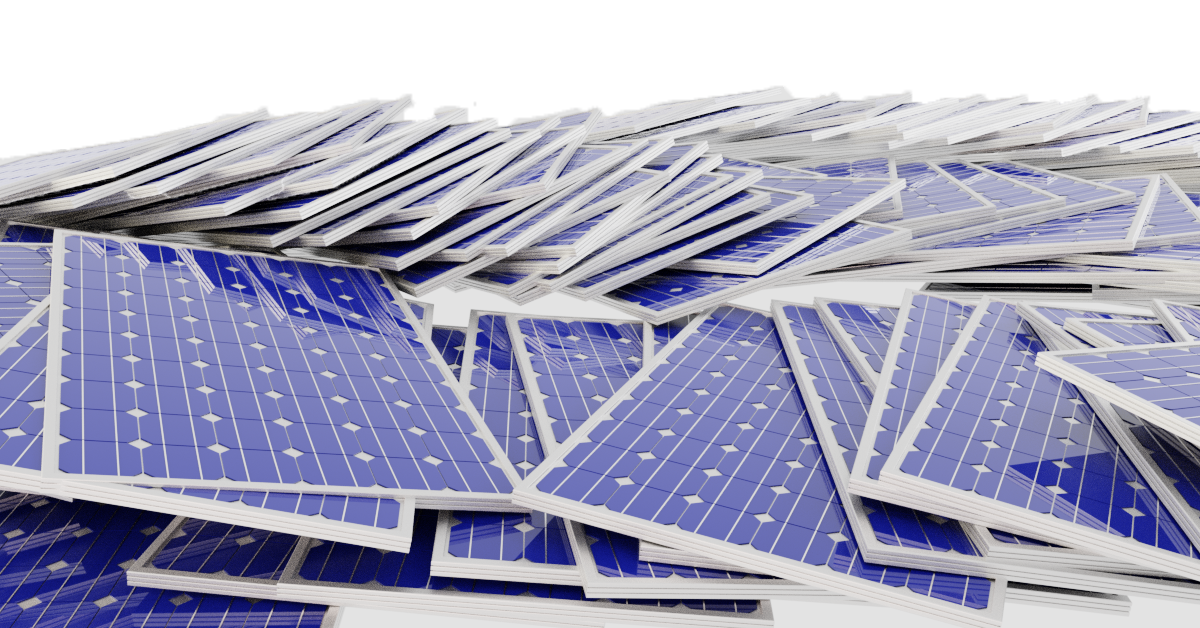 Some concerns about solar panel waste are greatly exaggerated

First, let’s look at the concerns that critics often exaggerate and are easy to address.

Solar installations are the most recyclable way to generate electricity

One of the more legitimate and unique challenges to solar is that sunlight is diffuse, requiring a large number of panels to capture its energy. Fortunately, solar panels are straightforward to recycle. According to a report by the International Renewable Energy Agency,

“The major components of [silicon] panels, including glass, aluminium, and copper, can be recovered at cumulative yields greater than 85% by panel mass through a purely mechanical separation.” [4].

All three of these components have well-established recycling industries so the majority of each of these panels will never end up in landfills.

Another large component of solar installations is the steel racking that anchors the panels to rooftops and the ground. In most cases, the installation will continue producing electricity so the steel racking will remain in place as the retiring panels are replaced with new ones. However, if a site is ultimately decommissioned, the market for recycled steel is quite mature so very little of it will require disposal.

For better or worse, even as the growth in solar installations picks up speed beyond the 689,000 tons in 2018, disposing of retired solar arrays will remain a small part of a much larger waste problem. For example, e-waste like televisions, mobile phones, and computers, creates 6.3 million tons of waste a year in the US and is growing quickly [5].  And, e-waste is just a tiny part of the 250 million tons of waste generated in the US every year [6].

To put solar’s waste challenge in perspective, let’s look at the construction waste from coal, natural gas, and nuclear plants on an apples-to-apples basis. When you divide the total construction materials by the number of megawatt hours produced over the plant’s lifetime, you see that solar panel waste is very similar to coal, natural gas, and nuclear. 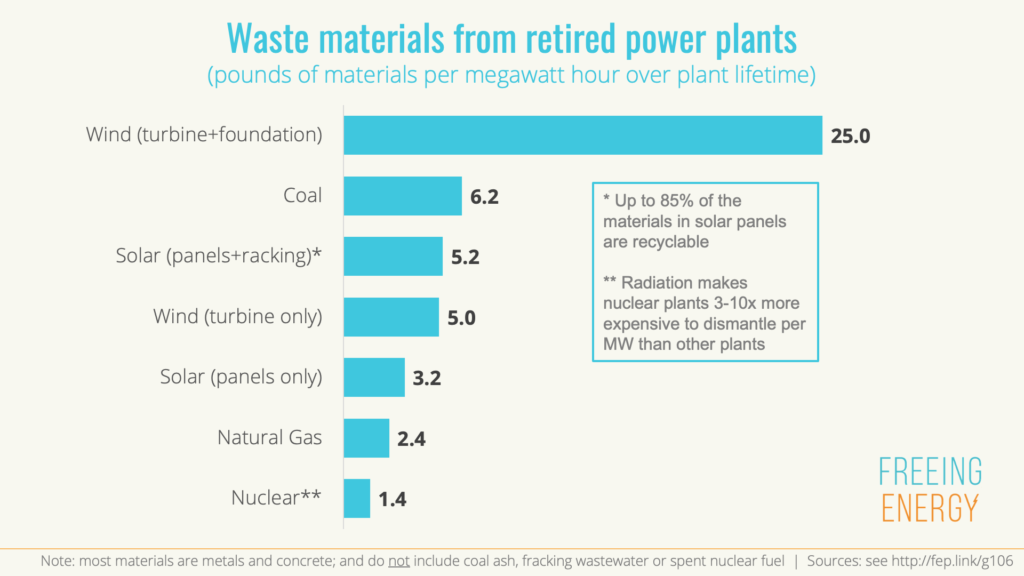 The biggest difference with solar and wind over fossil and nuclear fuels is that they produce no waste while they generate electricity. Including this important metric shows that the steel and other materials from retired plants is a tiny portion of the waste created while operating traditional thermal plants. These waste products can be substantial and they accumulate with every megawatt hour of electricity generated.

Building power plants uses a lot of material that needs to be disposed of when the plants are decommissioned. For plants like solar and wind that don’t use fuel, their waste can only be measured in terms of the total megawatt hours generated over the plant’s lifetime.

While disposing of 689,000 tons of retired solar panel materials in 2050 is a real issue, reuse of racking and recycling of panel materials makes solar waste a relatively small challenge compared to virtually every other kind of energy generation, current, and future.