Solar prices poised to take another huge plunge – China dropped a bombshell by reducing its financial support for solar deployments across the country. As the largest buyer of solar in the world, China’s reduced demand will create excess capacity in Chinese solar factories, which in turn will almost certainly plummet worldwide prices another 20-30% (Greentech Media).

May was the warmest month in history – According to the National Oceanic and Atmospheric Administration (NOAA), May 2018 ranks as the hottest month recorded in U.S. history, beating out the dust bowl in 1934 (NOAA and Axios).

California’s 2017 wildfires caused by power lines – In a stunning rebuke, several governmental reviews of California’s devastating wildfires pin the blame on poorly maintained power lines owned by the state’s electric utilities. Lawsuits are already stacking up and the damages could reach billions. It’s unclear how the utilities can survive if found guilty (The Press Democrat). 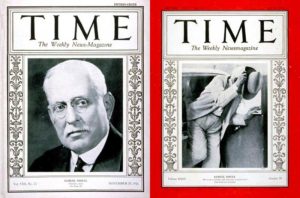 How Edison’s protege made the power industry into a regulated monopoly
This is third and final part of my series on pioneers that created the modern grid – read Part 3 here. Make sure to start with Part 1 and Part 2. 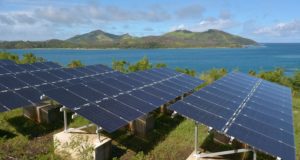 Islands: fruity drinks, sandy beaches, and the future of the electric grid (part 1 of 2)
Conventional wisdom says that clean energy can’t power more than 20-30% of a grid. Countless islands are proving this wrong and blazing a trail for the rest of the world to follow (read more). 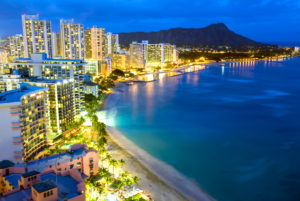 Hawaii is a postcard from our electric future
(part 2 of 2)
The state of Hawaii is leading the world in local energy. They are accomplishing this by rapidly adopting residential solar and creating forward-thinking regulations (read more). 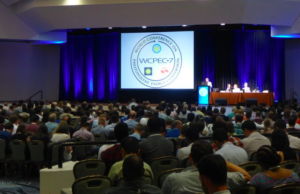 1,000 solar scientists got together in Hawaii – here’s what they’re talking about
I spent a week with the leading scientists in the solar industry. They are working on some amazing breakthroughs that will transform the face of clean energy (read more). 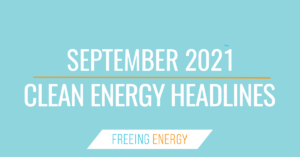 Hurricane Ida and another major grid outage in 2021 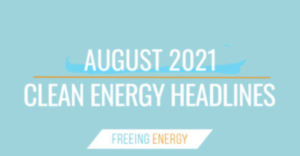 How much CO2 and other pollution comes from burning coal?

Podcast 068: Karl Rábago – Does adding local distributed energy defy conventional wisdom and save money for everyone?

Hurricane Ida and another major grid outage in 2021

Podcast 067: Peter Kelly-Detwiler – What does a reimagined electric grid look like and what does it mean for all of us?