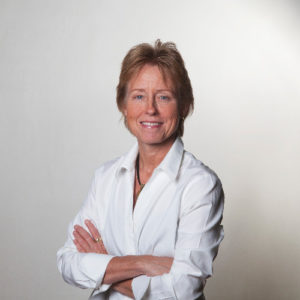 I first saw Susan Kennedy speak at Solar Power International in 2017. Susan is the CEO of Advanced Microgrid Solutions, one of the most visible leaders in the rapidly growing microgrid industry. Susan’s resume is a decades-long testament to her legislative prowess and dedication to clean energy. She has served as a high-ranking aide to California Governors Arnold Schwarzenegger and Gray Davis and led the charge in developing heavy hitting environmental legislation in the state. She also served on California’s Public Utilities Commission from 2003-2006.

Susan founded Advanced Microgrid Solutions (AMS) in 2012 as a sort of corporate embodiment of her belief in clean, distributed energy. Back then, she says, “microgrids were considered a luxury item.” She explains that “the only entities that could afford them had specialized needs. Small islands needed their own electricity. The military needed secure power. Also, locations like data centers or hospitals required resiliency for mission-critical loads.” Overall, she says, “Only those that needed it would pay the extra costs back then.” But things are changing. Costs are quickly coming down, and she believes that distributed energy will become more and more attractive.

A brief history of microgrids

Microgrids aren’t a new concept. In fact, Thomas Edison’s first power station could be thought of as a pioneering microgrid, since it only powered a small area. In the past few decades, mission-critical facilities have begun moving from old-style diesel backup generators to more modern microgrids. While both systems provide power during blackouts, microgrids run year-round, effectively displacing some or all of the electricity provided by the grid. Microgrids also go beyond diesel to include generation sources like natural gas and, increasingly, solar panels and batteries.

Historically, microgrids were both more expensive and harder to manage than traditional grid power. If you think of electricity as the water in a giant lake (the grid), emptying a bucketful of water into the lake won’t cause much of a ripple. But, empty that same bucket of water into a bathtub (a microgrid), and you’ll get quite a splash.

Balancing these second to second changes in electric loads in a small grid requires sophisticated management. Too little electricity and critical equipment shuts down. Too much electricity and circuit breakers trip or fires start. Orchestrating this complex electrical dance is precisely what Susan’s company, AMS, does. Built on top of its proprietary software, AMS manages a delicate interplay, ensuring electricity from generators, renewable energy, batteries and the grid itself will always perfectly match the needs of the buildings or communities being powered.

Innovating the grid from the edge inward

“Microgrids exemplify the natural evolution of what happens when you put distributed generation on the grid. At some point, you’re building the control technology to balance your load. That was my intention,” explains Susan of AMS’s beginnings. “This is the evolution of the electric grid at the edge.”

When Susan refers to the grid edge, she’s referring to the end points of the grid’s vast power lines – the places where electricity is consumed. Like the 1980s computer industry, the biggest innovations take place at the edges. It wasn’t the mainframe vendors that ushered in today’s modern computer era, it was small startups in garages and dorm rooms that later grew into corporate titans like Apple, Microsoft, and Google. In many ways, microgrids are the microcomputers of the electricity industry. As Commonwealth Edison CEO Anne Pramaggiore puts it, “microgrids are the laboratories for the future of energy.”

Electricity experts talk about a future “smart grid.” But microgrids are already there. Because they are small and include a variety of electricity sources, microgrids have been smart for decades. It turns out that AMS and a few similar early-stage companies are even smarter. These software-driven microgrids not only manage the power in real time, they manage the costs, too.

The emerging business model of microgrids

Let me step back and explain a little bit about the business model of electricity on the grid. Unlike the residential market, large electricity buyers – like factories and buildings – usually pay different rates depending on the time of day. There is also something called Demand Response (DR), which pays customers to stop using electricity during periods when grid demand is particularly high (like on especially hot days). Lastly, there are specialized markets where companies can sell services – like frequency regulation – and get paid to help improve the flow of electricity on the grid.

The magic of AMS’s software is that it analyzes, optimizes, and executes all this in real time. 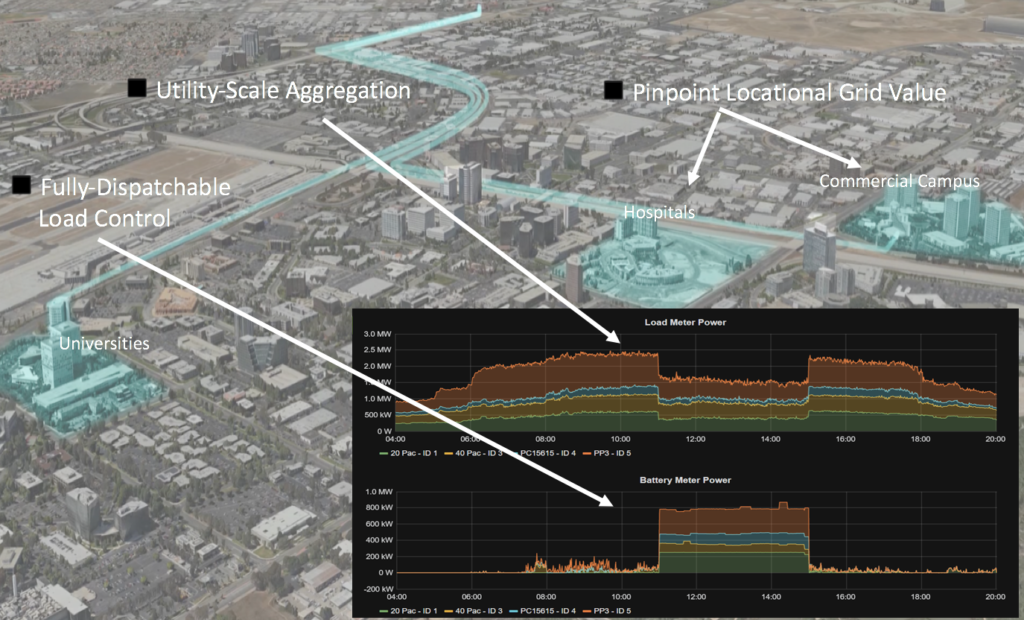 This is how AMS gives microgrids a dual purpose – increasing reliability while also calculating the most economical way to do it. This paves the way for microgrids to evolve beyond passive infrastructure into potential sources of revenue. Susan explains it all by saying “microgrids can now see a return on investment in as short as four to seven years. Overall, the growth of grid edge technology is being driven by three things: cost, cost, and cost.” While she was humorously emphasizing the importance of costs, there are actually three major cost trends driving the accelerating adoption of microgrids.

Cost #1: Clean energy is getting cheaper

Susan says many of her customers “want to be 100% renewable by a certain date”. The good news for clean energy advocates is that clean energy is already cheap and only getting cheaper. Five years ago, diesel and natural gas were the only affordable ways to power a microgrid. No more. The price of solar has dropped 2.5 times over the last seven years. But solar by itself only provides power during the sunny parts of the day. Microgrids make solar far more viable by complementing the intermittent solar power with generators or, more recently, batteries. Using solar as a core part of microgrids not only makes financial sense, it is the ultimate way to provide long-term resiliency. During an outage, diesel tanks need to be continually re-filled but the sun rises freely every day. It’s reasonable to think that demand will continue to increase as clean energy becomes even more economically competitive. 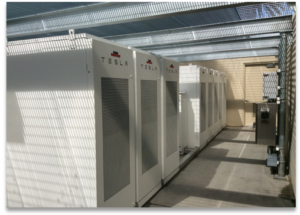 In the same vein, the cost of microgrid components is steadily decreasing as more and larger microgrid projects come to fruition. Batteries cost about 80% less now than they did 8 years ago and prices are expected to continue dropping for years to come. The price of power electronics (like inverters) are plummeting, too. This kind of price reduction is possible because — as I said in my TED talk — solar, wind and batteries are technologies, not fuels. The continuing reductions in costs of these components is a vital part of what’s making microgrid economics more compelling over time.

AMS is leading the way in supercharging microgrids through smart software. The software turns a microgrid into an optimization machine – optimizing both cost and resiliency in real time. Where there are wholesale markets, these smart microgrids even have the opportunity of recouping their cost by selling services back to the grid, which not only opens up new revenue streams but also improves the grid for everyone else. 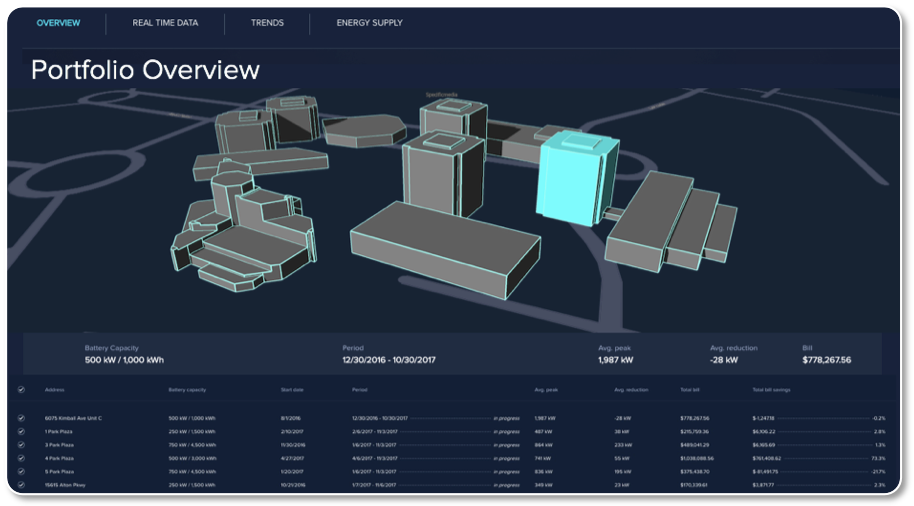 The industry refers to the new economic opportunities for batteries and microgrids as “revenue stacking.” This includes a salad bowl of business models and terms like peak shaving, frequency regulation, operating reserves, black start services, voltage support, locational marginal prices, infrastructure deferrals, and more. Many of these business model opportunities only work in deregulated parts of the U.S. market, where there are active wholesale markets for electricity and supporting services.

Susan minces no words when it comes to the importance of wholesale markets in the growth of microgrids. “The only way the economics are going to be there is if … the wholesale market revenue streams open up that make the economics of installing these load control technologies pay for themselves.” These extra grid services sold via wholesale markets can be the tipping point for microgrids becoming cost competitive. As is the case with Montgomery County, Maryland, a smart microgrid can actually become break-even or even make money thanks to revenue stacking.

Opening up new wholesale markets — and making current wholesale markets more open to free trade — is easier said than done. This is in part because industry regulation was originally created for the early one-way, centralized grid. Microgrids, on the other hand, operate with a decentralized, two-way model, which represents a pretty massive shift from a legislative and regulatory perspective.

And because microgrids generate their own power, microgrid users end up buying less from their local utilities. As you can imagine, many utilities haven’t yet warmed up to the idea of this emerging technology. In some cases, microgrids are the first time utilities have seen competition in a century. While there are some inspiring exceptions, like Commonwealth Edison, most utilities are taking a wait-and-see approach.

This is where Susan and AMS are playing a particularly important role in this early industry. Susan’s extensive background in the legislative and regulatory side of electricity allows her to understand, first-hand, the concerns of utilities and regulators. She is in a unique position to help the industry navigate the inevitable challenges of bringing distributed, local energy innovation into the traditional centralized, one-way grid. AMS is partnering with utilities to make clean, local energy more palatable and perhaps even profitable to these energy giants. For instance, AMS’ microgrid pilot for Emera, a utility in Maine, is helping bring microgrids into the traditional parts of the power industry.

As the cost of components continues to drop, microgrids will become more and more cost competitive with electricity purchased from the grid. As current trends evolve into future mainstays, it’s safe to say that microgrids are primed to become increasingly sought-after by communities, campuses, buildings, hospitals, emergency services, military bases, islands and whole cities looking for the resilience, sustainability, and cost savings that microgrids offer. And as Susan and AMS are now striving to prove, microgrids may soon become a fundamental building block of the future grid.

How much CO2 and other pollution comes from burning coal?