After six months in the making, and with lots of help from friends and experts, we launched the first episodes of our semi-weekly podcast series. We started off with an interview of Bill Nussey by co-host, Sam Easterby, sharing the origin story behind the Freeing Energy Project. We added two more podcast interviews with two of the visionaries behind Kit Carson’s clean energy transformation, Luis Reyes and Chris Riley.

A recent Forbes article listed the top five TED talks on clean energy. We were thrilled to see Bill’s talk make the list along with his friend, Amar Inamdar, one of Freeing Energy’s favorite local energy champions. All of the talks are great so it’s worth reading the article and investing a few minutes to watch the talks.

On to January’s clean energy headlines…

January offered the clean energy industry a chance to catch up and tally up some of its big wins in 2018. 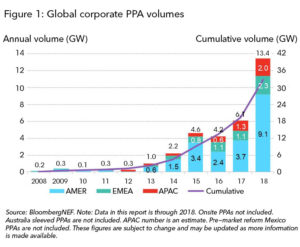 Tesla Model 3 outsold every other luxury vehicle in 2018. Tesla’s breakout Model 3 tore past every other comparable make of luxury vehicle, including Mercedes, Lexus, and Audi, to seize the #1 sales spot in 2018 (CNBC).

Germany gets more energy from renewables than coal in 2018. Europe’s largest economy, Germany, saw a record-breaking year with more than 40% of all its energy being sourced from renewables like solar, wind, and hydro (Reuters).

US Government predicts clean energy will dominate grid buildouts in 2019. A report from the US Energy Information Administration predicts that solar and wind power will make up two-thirds of grid expansions in 2019, for more than 15 GW. Natural gas will make up the remaining third. The EIA also predicts that 8 GW of coal, nuclear, and natural gas plants will retire in 2019 (Utility Drive and EIA).

We are excited to announce the release of our first three podcasts as part of the Freeing Energy Project podcast series! Hear from energy pioneers from across the globe who are accelerating the shift to clean energy by making their own electric power for their homes, offices, and communities. Freeing Energy’s Bill Nussey and Sam Easterby interview the individuals who are disrupting the century-old grid monopoly and making clean, local energy a reality. 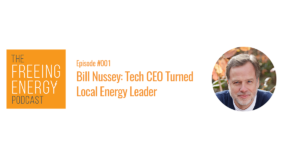 Why on earth would anyone leave a career as a proven, successful software CEO for the unknown world of clean, renewable energy? On the first episode of The Freeing Energy Podcast, co-host Sam Easterby interviews founder Bill Nussey on the details of Bill’s personal journey in the world of local, decentralized energy – and where he sees that journey taking him. 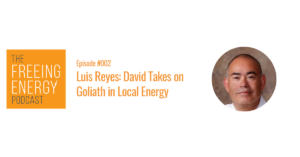 How did David stand up to Goliath? In this modern-day take, hear the story about how two local energy champions in Taos, New Mexico, took on a giant utility. Bill Nussey talks to Luis Reyes in the first part of this special two-part series about how Kit Carson Electric Coop and Guzman Energy joined forces to bring clean solar energy to their community. 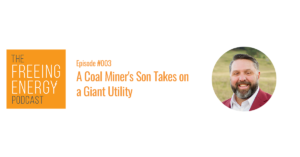 What happens when Local Energy Champions are determined to find a solution? In this second part of a two-part series, Freeing Energy host Bill Nussey talks with Chris Riley of Guzman Energy. Listen as Chris talks about finding that solution and how growing up in a coal mining town shaped his thinking.

January Research and Articles from the Freeing Energy Project 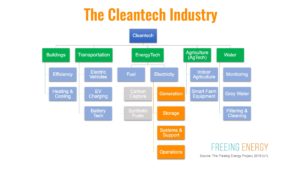 A blueprint for cleantech investing
This article, the second in our series, explains how the cleantech industry is segmented and which parts are generating the biggest investments today (read more).

Four questions investors should ask before funding cleantech startups
The third article in our series explains the importance of the cleantech value chain and lists four essential questions that every investor and exec should consider when evaluating a cleantech company (read more).